There's no story if there isn't some conflict. The memorable things are usually not how pulled together everybody is. I think everybody feels lonely and trapped sometimes. I would think it's more or less the norm. 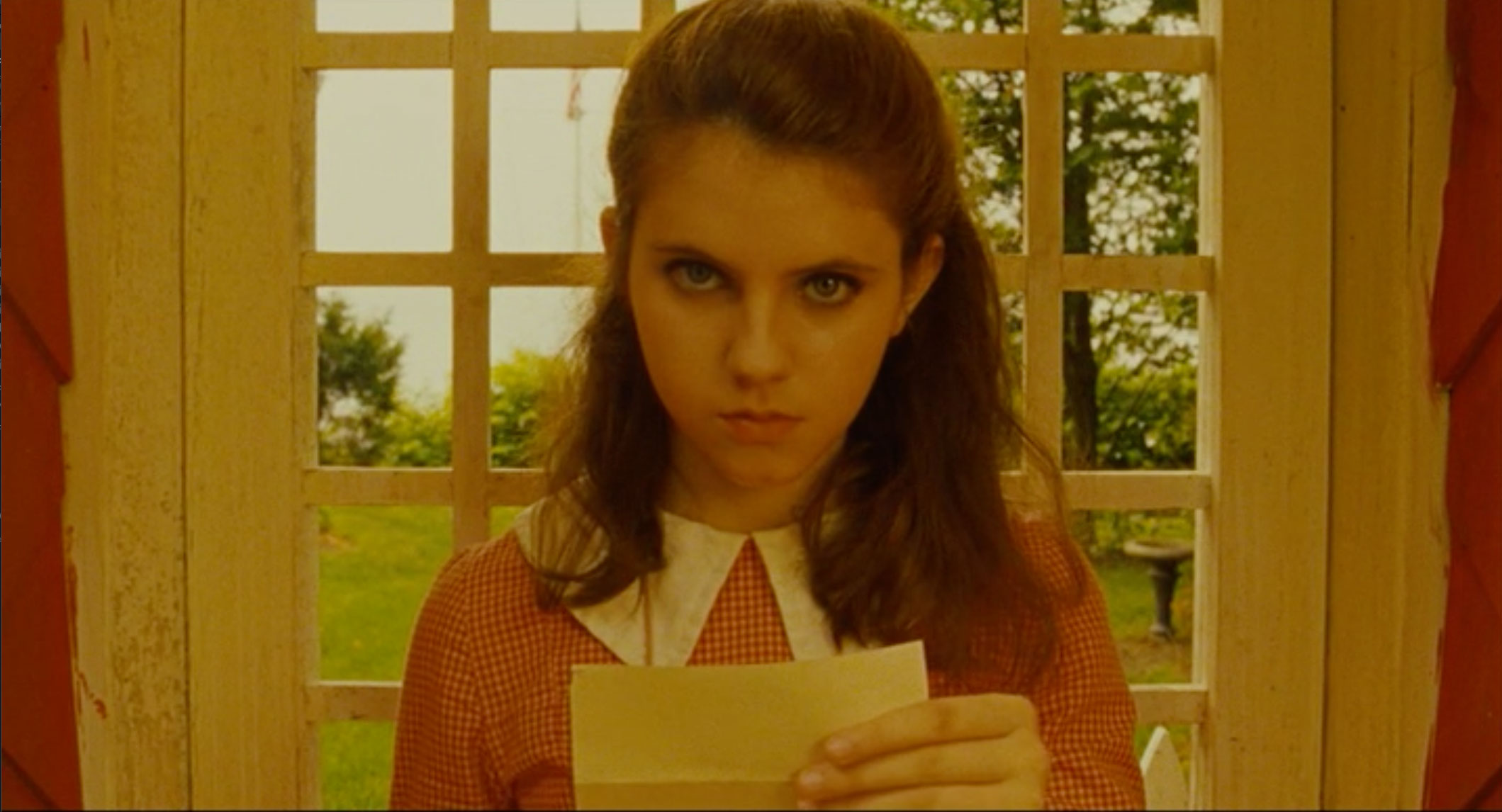 Even smart kids stick their fingers in electrical sockets sometimes.

There's this thing about Wes Anderson's movies. They often seem to be set in a world that's at least a step or two removed from ordinary reality—with heightened artifice, sometimes stagey dialogue, fanciful "facts," even stop-motion crayon ponyfish—but they can be as hard-hitting with the emotional truths of their characters as any more naturalistic film,

Anderson's formalist whimsy is an acquired taste for some people, and that's fine. I'm a big proponent of liking what you like and not judging other people's tastes. I do find, though, that many critiques of his movies are disingenuous at best, and often based on suppositions that simply aren't true when you take a closer look at the films.

And when it comes to criticizing Moonrise Kingdom?*

I'd be careful if I were you. One of these days, somebody's gonna get pushed too far.

Moonrise Kingdom is a delight. It's the story of first love between two troubled kids, of grand gestures to break free of a world that seems to be against them, and of the adult ensemble that fears for their future and does their best to guide them in spite of—or more likely because of—their own many failings.

The basic outline is this: Set in the fall of 1965 (and flashing back to the summer of the preceding year) Sam Shakusky and Suzy Bishop meet and decide to go on the run together, alarming the adults of their small island community. There's a search involving a posse of Khaki Scouts, a capture, an escape, and a showdown featuring a couple of lightning strikes. There's also a pair of lefty scissors. Here's the whole Moonrise Kingdom story circle:

Wes Anderson has stated that plot is not considered to be his strongest asset. Maybe not, especially when he's paying such obsessive attention to so many other aspects of a film's creation. But there's nothing wrong with the plot of Moonrise Kingdom. It's got all the classic elements in all the right places—the three acts, the inciting incident, the turning point, all those things that we focus on so heavily at this site … and which I also sort of suspect don't really matter in the end.

Focusing on plot structure can help you in the act of writing of a story, but what really matters is how well you captivate your audience minute by minute, how well you force them to turn to the next page or forget about the remote in their lap. If you can do that without giving a second thought to the details of plot, more power to you. The audience doesn't give a damn about how many steps are in a Hero's Journey. They just want to be swept away in the adventure.

I love you, but you don't know what you're talking about. 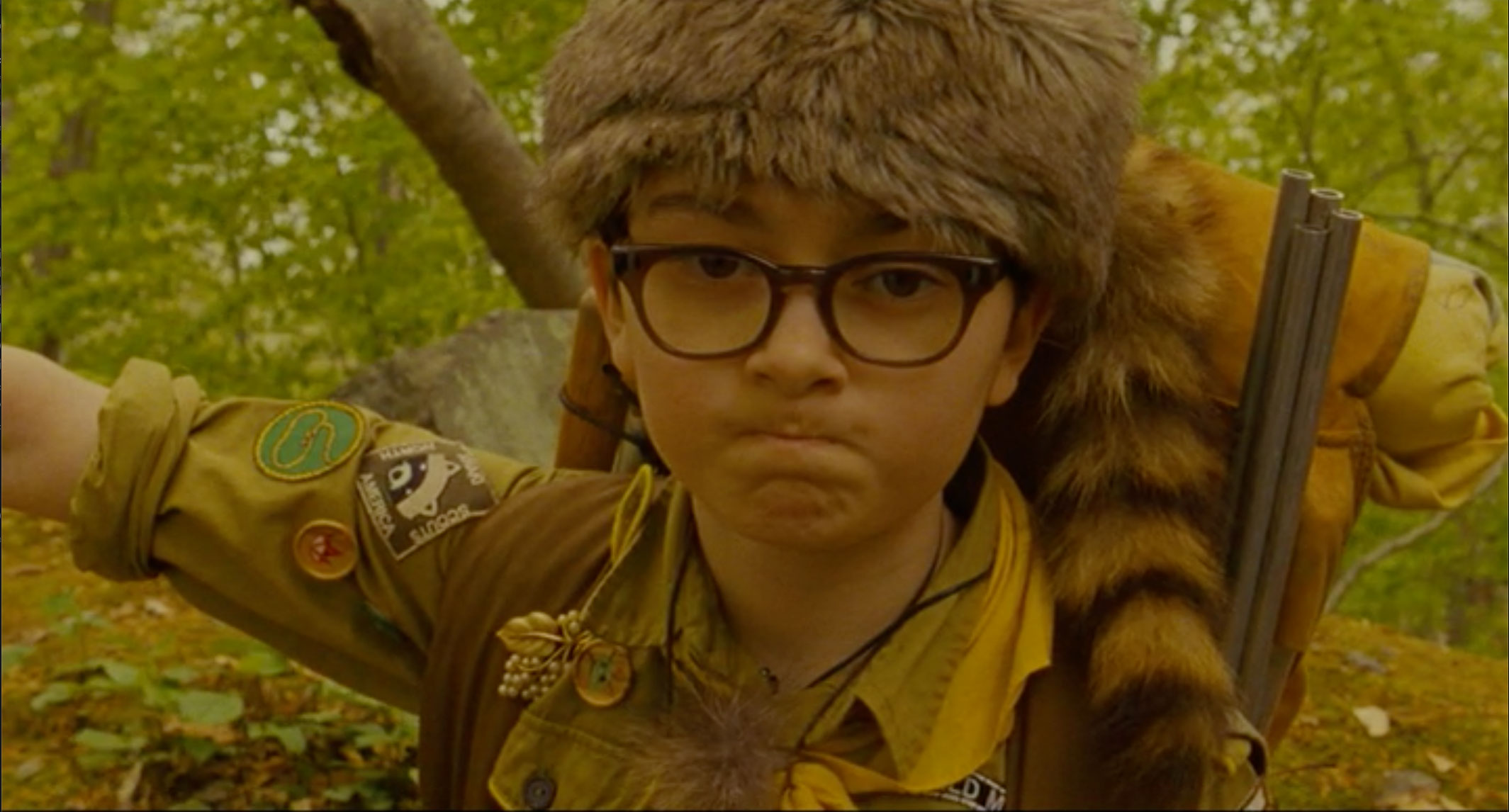 Or maybe not. Who's to say? The point is that Wes Anderson has a pretty big toolbox beyond just plot. His films are visually intoxicating with their elaborate production design and obsessive attention to detail. He's got exquisite taste in music and knows exactly how to lead our emotions with a perfectly timed score or forgotten pop gem. His precisely choreographed tracking shots are attention grabbers in the best possible way, rewarding repeat viewings that further deepen our understanding of the stories. He seems to have an encyclopedic knowledge of film, and he loads his own with references and callbacks—whether intentional or not—to much of what has influenced him.

Basically, he's an auteur. And what that means for our purposes here, as aspiring screenwriters, is that he gets to do things that we don't. We don't get to call the shots like Wes Anderson does. We need to bend our stories to the will of the readers, the gatekeepers, the agents and managers, the producers, the directors, the accountants, the FX team, the—

Why do you consider me your enemy? 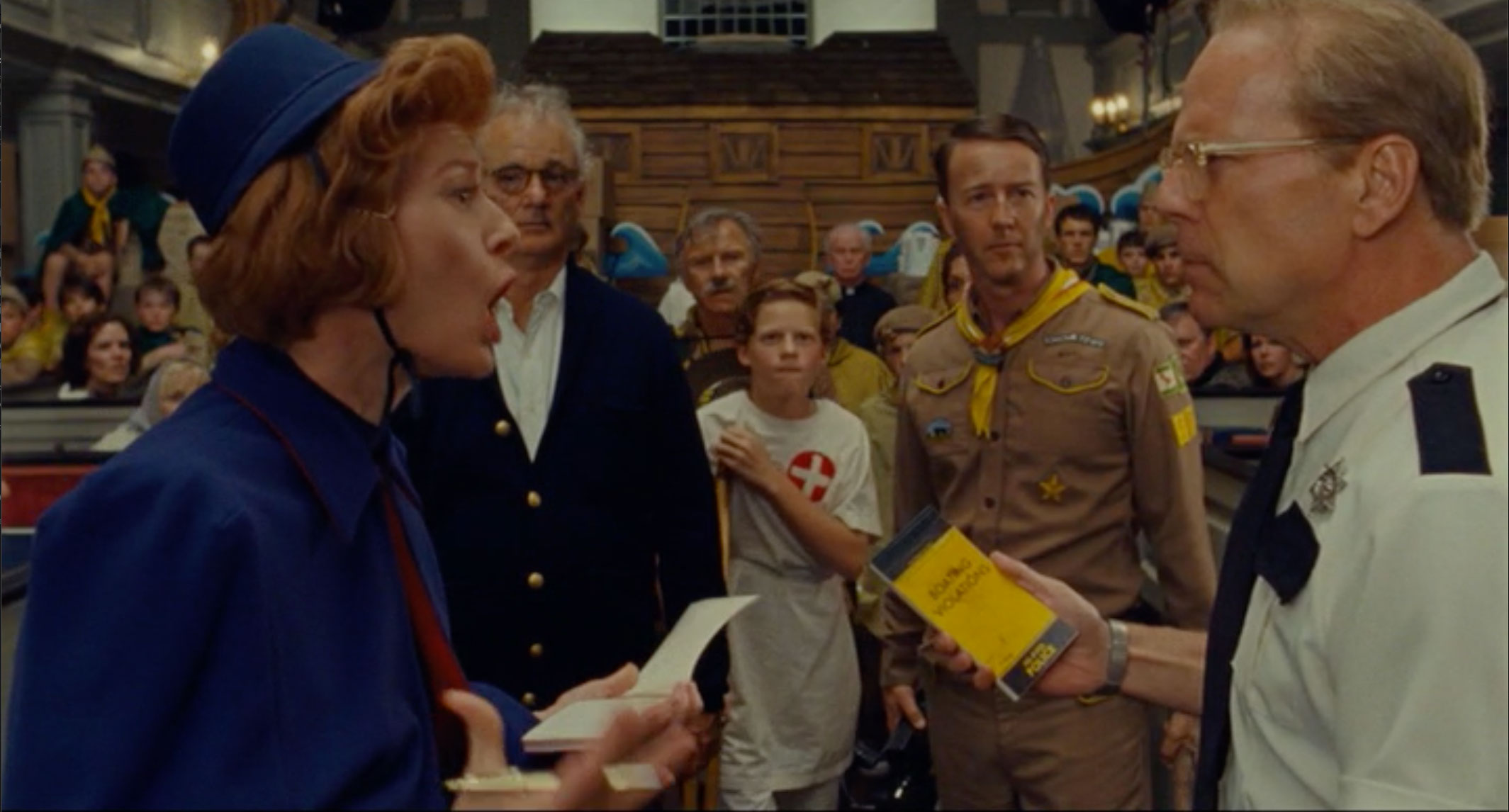 A screenwriter might have the initial vision for a story, but a screenwriter alone doesn't have the power to get a story produced. The good news, though, is that it's easier now than ever to do it yourself. You just need to scale back your ambitions and make your Bottle Rocket first—make your cheap short, expand it into a low-budget feature, generate buzz, get some funding for your next project. Write and direct. How does that sound?

It won't be an easy life, but it's better than shock therapy.

The room is black. Mr. and Mrs. Bishop lie in separate single beds side-by-side. They both stare at the ceiling. The windows rattle, the walls creak, and trees sway outside.

Did you file the motion for continuance? Peabody vs. Henderson.

Did the judge consider your application for leniency? Rogers vs. Yentob.

It’s not your fault. Which injuries are you apologizing for? Specifically.

Half of those were self-inflicted.

Mrs. Bishop shakes her head and smiles with tears on her face. A powerful blast of wind shakes the room. A night-light blinks. Mr. Bishop has a lump in his throat as he says:

I hope the roof flies off, and I get sucked up into space. You’ll be better off without me.

Stop feeling sorry for yourself.

We’re all they’ve got, Walt.

Mr. Bishop takes a deep breath. He says finally, with a dawning realization:

If becoming a director just so you can tell your own stories seems like too much—if you're an old dog not interested in learning new tricks, perhaps—then maybe screenwriting isn't your best bet. Once again I'm just thinking out loud here. But have you considered doing things the old fashioned way? Have you thought about writing a book?

You know, we're actually kind of in the middle of something, if you didn't notice. This is a crisis. 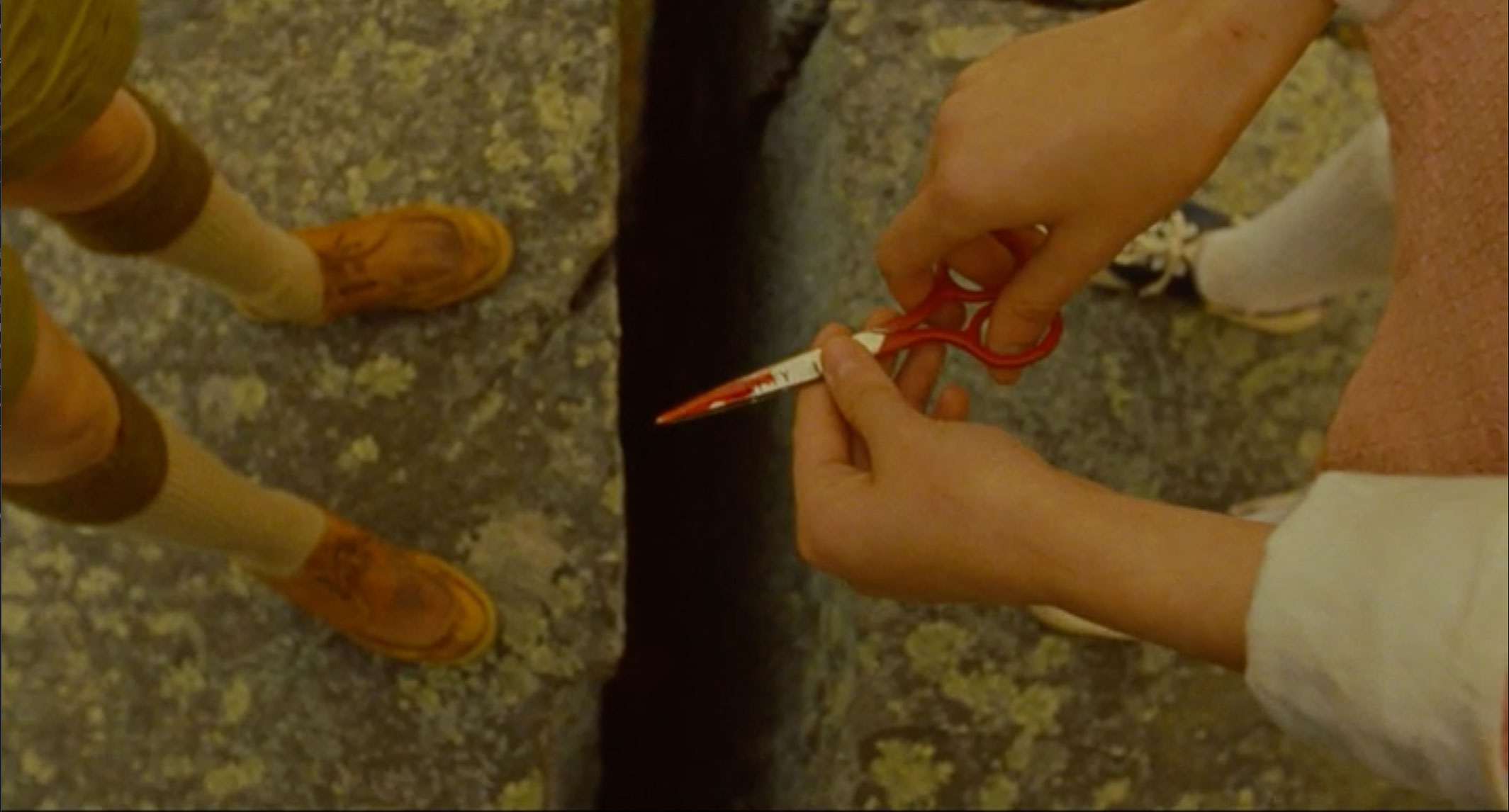 Writing a book is more work than writing a screenplay. Among other things there's more focus—at least in a different way—on the quality of the prose. But the storytelling skills that you've refined as a screenwriter translate pretty well from one format to the other. And a book is really freeing as far as not having to worry about budget. On the other hand, sometimes the limitations of the screenplay format can really help you sharpen your story. Coal into diamonds and all that. I don't know. I've veered way off topic but it's a subject I want to get into more on this site. Consider this a teaser.

Anyway, whatever stage of your career you're at, whatever your goals, promise me you'll keep hacking away at it. Keep learning. Keep pushing. Adapt when you need to, but never give up. Don't stop dreaming. Be your own Sam Shakusky.

I think you've still got lightning in you. 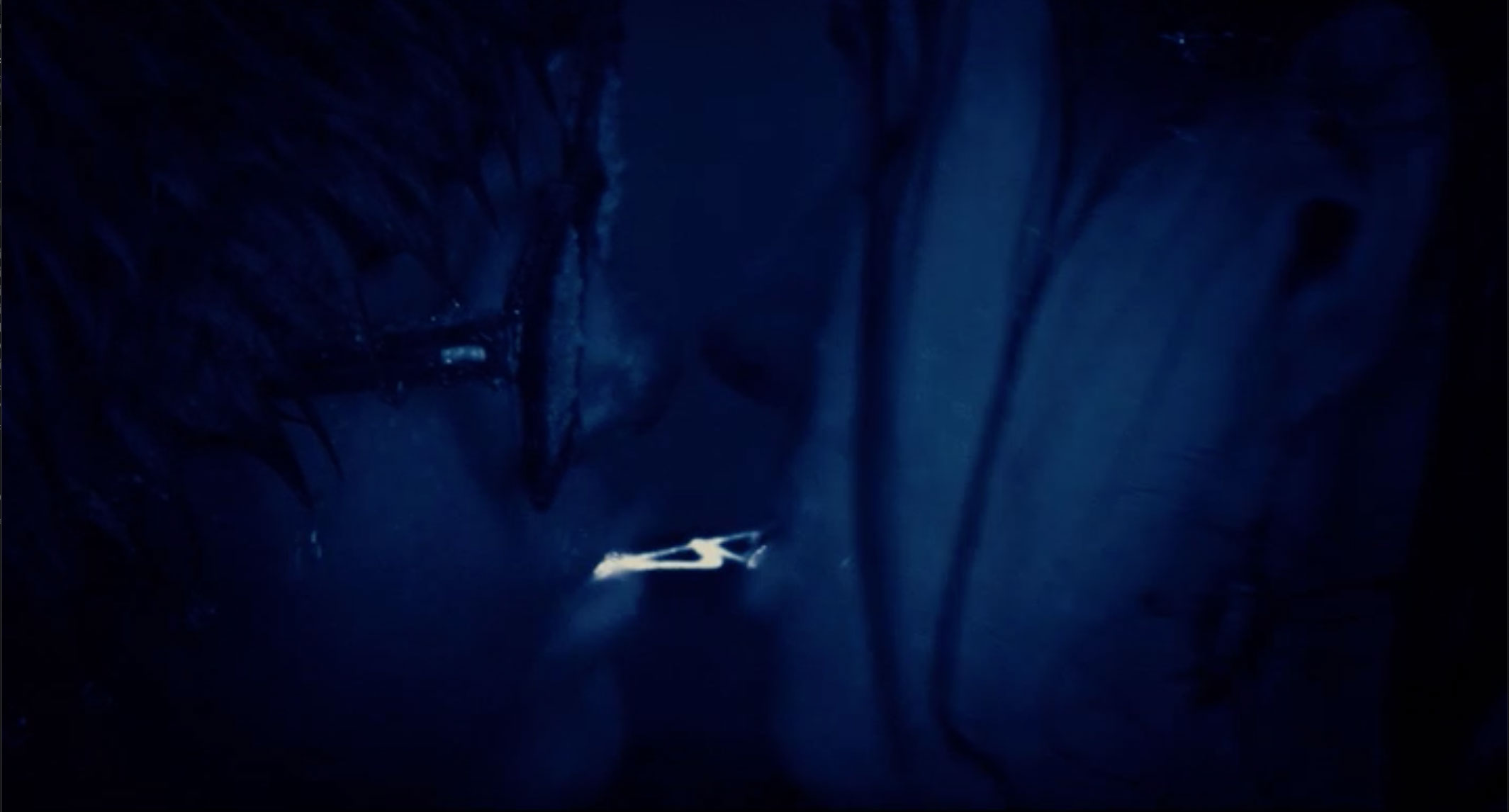 He does watercolors. Mostly landscapes but a few nudes.

*Okay, sure, if your complaint about Moonrise Kingdom is that it's too white? Yeah, it's pretty white.

What kind of bird are you? 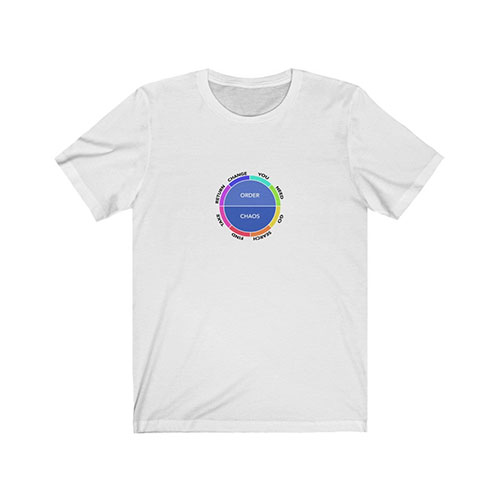